Under a growing swarm of public pressure, Google is finally giving up one of its more controversial advertising campaigns: Targeted Gmail ads based on users’ email contents.

Google, a somewhat bystander in the ongoing privacy debate, has taken a terrific step to ensure that its users email contents remain off-limits to advertisers.

Recently, Google faced tremendous backlash over this profitable campaign as it was an obtrusive invasion of our privacy. Users were left confused and exposed when seeing advertisements that directly correlated with their email contents.

Although advertisements are completely plausible, Google will move to a more traditional Gmail business model where advertisements will be targeted based on other avenues of data Google collects from its users. Google already has extensive access to our data and personal preferences, all the way from Google searches, Google Maps behavior, YouTube streaming choices, just to name a few.

But why do we consider the ‘reading of our emails’ to be a step too far? Well, Google Maps, YouTube searches seem to be information we are ‘voluntarily’ providing to Google. It makes sense that they collect this information to sell us targeted ads. However, Gmail is purely just a tool to utilize an email service. We have passwords for a reason. We don’t want anyone reading our emails, Google included.

But what does this new direction say about our privacy protection? Has Google (among others) finally overstepped the barrier of acceptable advertising behavior?

Although individual privacy concerns seem to fall on a spectrum from “I don’t care what happens to my data” to “How dare they use my details for anything”, this act appears to evoke the feeling of the latter. Perhaps this becomes the new ‘norm’ of where companies and apps must draw the line: DO NOT READ OUR EMAILS.

The question is, what line will be crossed next? Targeted ads based on:

Maybe that’s the only line crossed so far, maybe there’s more to come. Maybe, just maybe, we brought this upon ourselves. We prefer targeted ads. We respond better and are more engaged on websites when we see timely ads, tailored to our needs.

But even in this case, it appears Google crossed the line between acceptable behavior and debatably invasive actions.

Perhaps it’s time for others to take a leaf out of Google’s book and do more to respect our privacy. 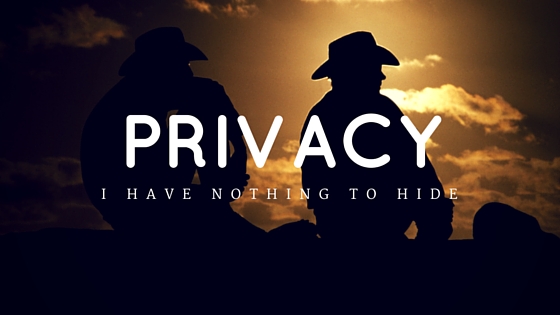